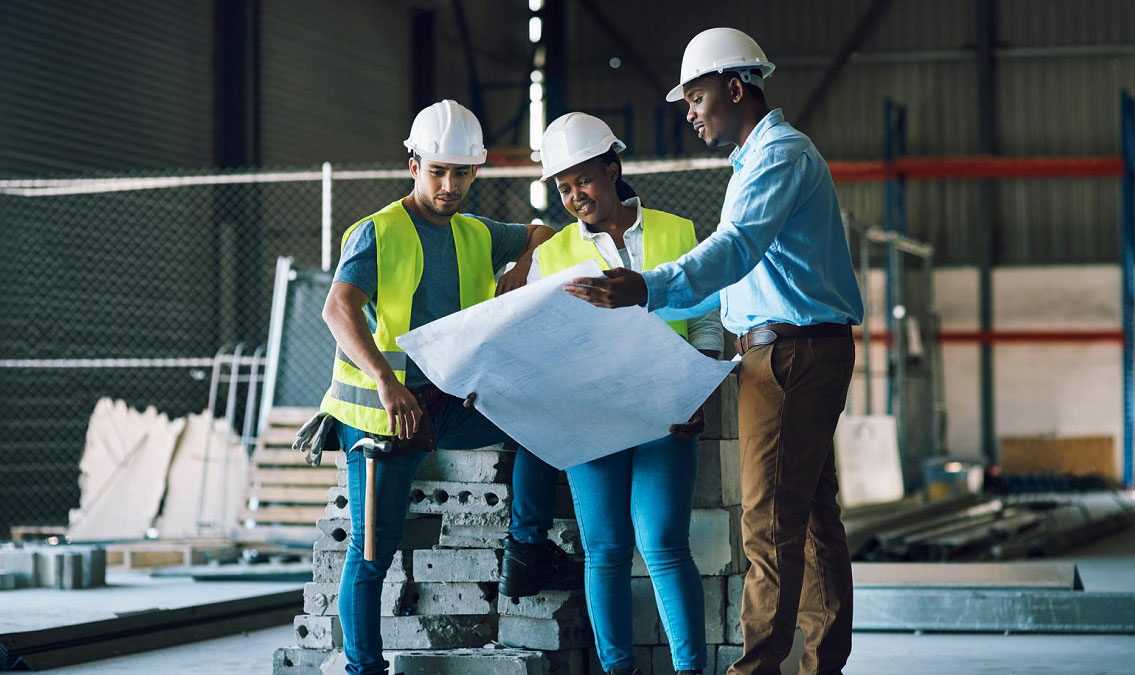 A warehouse building is the foundation of any successful operation where complex inventory management is involved. To help you find the right partner when you’re ready to build your next warehouse, we’ve curated this list of dozens of the best warehouse builders and contractors, such as:

This is the time when the functionality of your warehouse can be calibrated to the requirements of your business. As such, it’s important to pick a contractor that understands the needs of your operation and works well with your team.

However, finding the right builder can be difficult. That’s why we’ve put together a list of the 25 best warehouse builders and contractors in the business. Each brings a valuable perspective, set of skills, and credentials to the industry. And since the needs of every operation are different, there’s plenty of diversity reflected in the various entries.

Many of these companies have cultivated a reputation of excellence based on years of experience and have received awards from the likes of the Associated Builders and Contractors, Associated General Contractors, and the American Subcontractors Association.

Also known simply as Weitz, The Weitz Company is one of the oldest construction and engineering firms in the United States.

It provides construction and design-build services, as well as warehouse management. Its areas of expertise include industrial, heavy industrial, and commercial construction. The company is headquartered in Des Moines, IA but has ten offices across the country.

Layton Construction specializes in commercial contracting. Its portfolio spans many industries, including public facilities, manufacturing, and healthcare. Since 2004, it’s grown from a regional business into a national one. It’s headquartered in Utah, with offices in the following states:

The company has built warehouses for UPS, Macy’s, HomeGoods, and many other big-name suppliers. It was also responsible for constructing the Amazon Fulfillment Center in West Jordan, Utah.

The Walsh Group has been in operation since 1898. It specializes in green design and is one of the U.S.’s largest green contractors, boasting 18 offices throughout the U.S. and Canada.

One of The Walsh Group’s most notable projects was a $60 million, 975,000-square-foot warehouse built for Target in 2009. That facility would later serve as a prototype for Target’s future fulfillment centers.

Adolfson & Peterson Construction is a family-owned business that started in a home office and now has a presence in five states. It deals in commercial, residential, and industrial construction.

Hill & Wilkinson is a full-service general contracting company. Along with basic contracting work, it offers construction management and design-build services. The group has won the ASA’s Outstanding General Contractor Award a total of five times and was chosen by L’Oreal to build its Active Cosmetic Distribution Center in Texas.

Brasfield & Gorrie built its reputation through years of small-scale commercial and remodeling projects in Alabama. As the business grew, it expanded its operation to Florida and Georgia. As of this writing, it operates in eight states and is one of the largest privately held construction firms in America.

Graycor Construction has been in business since the 1920s, but in 1962 it expanded into the full-scale industrial construction market. Today, it has operations across the United States, Mexico, and Canada and has worked with notable brands such as Walmart and Kraft Foods.

The Fluor Corporation is a global corporation that provides services related to engineering, construction, maintenance, and more. From 2001 to 2019, Fortune Magazine listed it as one of the World’s Most Admired Companies.

Turner Construction Company is an international construction company headquartered in the U.S. It’s known for the diversity of its projects and embrace of new technologies, which has given it a unique edge in the industry.

By its own estimate, Turner Construction Company completes 1,500 projects annually, with an estimated cost of approximately $12 billion.

Ryan Companies has been in business for 84 years and specializes in construction, design, and development services.

One of its largest undertakings to date is the Amazon fulfillment center in Shakopee, Minnesota. This 2,331,000-square-foot facility is one of the largest fulfillment centers in the United States and was recognized by Finance & Commerce as one of their Top Projects of 2016.

Alston Construction is a U.S. construction company headquartered in Sacramento, California, with offices in 16 states. Its focus is on building, refurbishing, and extending buildings. Alston’s extensive network of collaborators means it has no shortage of subcontractors, designers, and consultants.

McCownGordon has been in business for over 20 years and has cultivated a reputation as an industry leader throughout that time, earning a spot in Engineering News-Record’s Top Contractor in the Midwest list in 2017.

McGough is a midwestern construction firm specializing in development and construction projects. It’s appeared in publications such as Engineering News-Record and Building Design + Construction.

Although the company is based in Minnesota, it has offices in Iowa, North Dakota, and Texas.

McShane Construction has extensive experience in the industrial and commercial sectors. In business for more than three decades, the company has a reputation for efficiency and sustainability and is known for its green construction protocols and incorporation of sustainable technologies.

The Rudolph Libbe Group has been featured in Engineering News-Record’s Top 400 Contractors list dozens of times. It designed and constructed Midwest Tape’s warehouse in Ohio.

When it comes to design-building methodology, Korte is usually at the top of the list. To date, the company has completed over 3,000 projects across the United States.

In business since 1958, it was involved in developing the Design-Build Institute of America. It also built Hershey Foods’ Midwest distribution center, which is one of its major accomplishments.

Since 1915, Baston-Cook has evolved into a nationally-acclaimed construction management, design-build, and general contracting company. Lockheed Martin hired Baston-Cook to build around $20 million worth of projects in a three-year period, one of which was a 55,000-square-foot facility.

Devcon is the #1 design-build firm in Silicon Valley. Known for its innovation and use of green materials, their deduction and expertise has ensured that many of DevCon’s customers have been with them for years.

RJ Ryan Construction provides commercial construction services to Wisconsin and Minnesota. The company’s primary focus is on the construction of warehouses, office buildings, and banks. It received a Silver Award from the American Society of Interior Designers in 2010.

Walbridge is an international construction company known for its extensive work in the automotive construction industry. Despite its humble beginnings, the company has branched out into the manufacturing, education, and industrial construction sectors to great success.

Primus Builders was established in 2000. Since then, it’s been featured in industry publications such as Architect Magazine, Building Design + Construction, and Engineering News-Record. Additionally, it received the coveted Built by the Best Award at the 2017 International Association for Cold Storage Conference.

Poettker Construction is a family-owned, full-service construction firm that’s been in business for more than four decades. It provides general contracting, construction management, and design-build services.

Poettker has handled more than $1.5 billion in construction projects in the U.S.

The Beck Group is spearheaded by CEO Fred Perpall, an architect with over 20 years of experience under his belt. Though founded in Texas, the company has since expanded its operations to Colorado, Georgia, and Mexico City.

The Beck Group was ranked number nine in the Denver Business Journal’s list of Local Architecture Firms and is a recipient of the TEXO Distinguished Building Award.

ARCO Construction was founded in 1992 and is widely acknowledged as one of the top builders of industrial facilities in the U.S. It’s known for its effective design methodology, which consistently saves its clients money. In 2017 and 2018, ARCO built two buildings for DHL. Together, these projects totaled over two million square feet.

DesCor Builders is a full-service general contracting firm that’s been in business since 2006. Located in Northern California, it’s a member of the ASA, where it won General Contractor of the Year in 2008. Although it’s a younger firm, its extensive experience puts it up there with many industry veterans.

Choosing the right construction partner to bring your warehouse vision to life is crucial for success. These leading warehouse builders and contractors, such as The Weitz Company, DesCor, ARCO Construction, Primus Builders, Baston-Cook, and more, are among the best in the business. Browse the companies and descriptions above to compare the top warehouse builders and contractors to find the best construction partner for your business. 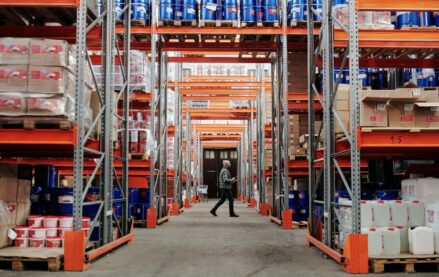 The Definitive Guide to Warehouse Management

As a business that manufactures or distributes products, you need warehousing to store all your products and materials. After all, you can’t scale without a place to efficiently organize your … 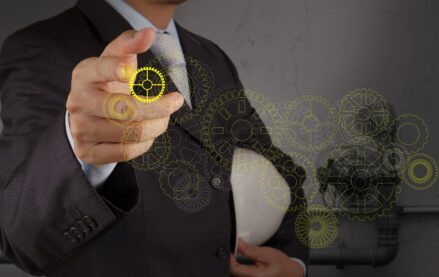 What is Logistics Management, and Why is It Important?

In today’s 24/7 environment, immediate gratification is the norm. Apps offer everything we want at the tap of a thumb. Walmarts are open all night. And next-day shipping options are … 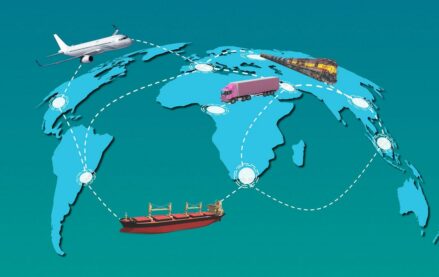 The Essential Guide to Logistics Management

Logistics management is one of the main components of supply chain management, and it refers to the planning and oversight of the movement of all the raw materials, supplies, and …