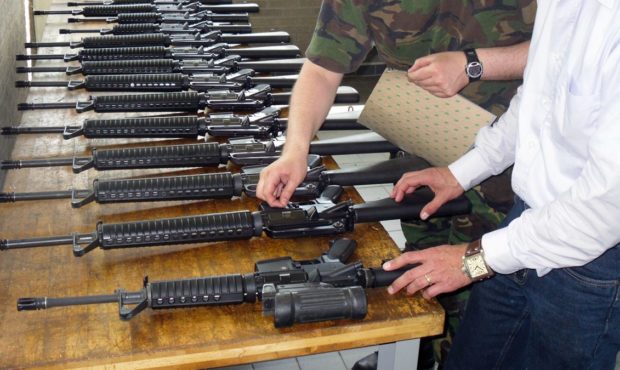 When the Netherlands Ministry of Defence (MoD) committed to a $235 million implementation of a new SAP enterprise resource system in 2003, the pressure was on to take maximum advantage of the system’s efficiency-boosting benefits. Bearing the responsibility for successful SAP implementation was the 6,000-employee Defence Materiel Organisation (DMO), which manages such assets as small arms, controlled cryptographic items and medical equipment for the Netherlands’ air force, army, navy and military police.

“All of our contacts with Camcode were essential in understanding UID. We were quickly able to make the right decisions to lay down a failurefree UID foundation.”

“There was a high expectation from all stakeholders, the Dutch parliament in particular, that we realize the cost- and time-saving benefits of SAP,” says Rune Koesen, Project/System Manager for the DMO and a key part of the ministry’s SAP implementation.

But Koesen and his team faced a difficult challenge — to devise an item unique identification (UID) policy for the Netherlands that would allow the MoD to take optimal advantage of SAP’s automated identification technology and comply with NATO’s relatively new standard for UID, STANAG 2290. At that time, the United States was the only other NATO country to have embraced UID with its standard MIL-STD-130, first introduced in 2005.

“Camcode proved to be a fast and flexible partner when it came to the actual design, choice of material and the best way to attach the labels to our assets.”

“My personal understanding of UID at the time was practically zero,” Koesen recalls. “I read the STANAG 2290 and MIL-STD-130 at that time, and could grasp only the essentials.”

As he began his UID research, a simple Internet search turned up Camcode, which made an immediate positive impression on Koesen for its easy-to-understand website, valuable links and free UID samples. But once his relationship with Camcode began, Koesen realized he was getting so much more.

“All of our contacts with Camcode were essential in understanding UID, from label options and technology issues to scanner programming and implementation know-how,” says Koesen. “We were quickly able to make the right decisions to lay down a failure-free UID foundation.”

Critical to that foundation was ensuring the right label choice for the MoD’s needs. Label quality was Koesen’s top priority, so he took Camcode’s labels to the Netherlands Organisation for Applied Scientific Research (TNO), which provides independent product quality testing and verification. “The tests TNO performed confirmed that Camcode’s UID labels are in every way as advertised,” he says.

Camcode’s expertise also proved invaluable in selecting hardware, says Koesen. “When you start with UID you drown easily in what looks like an abundance of choices in mobile computers and scanners,” he says. “In reality, only a handful are suited for the job, and Camcode’s expertise proved essential in picking the right one and having it programmed correctly for UID.”

Camcode’s experts also acted as consultants in the development of the MoD’s UID policy, and were able to facilitate introductions between Koesen and U.S. UID experts, particularly with Rob Leibrandt of the U.S. DoD UID Policy Office, also the Chairman, NATO UID Working group (AC 327/WG5).

“This introduction helped enormously,” says Koesen. “We could check with him easily without going through long bureaucratic lines to see if we were on the right track in implementing STANAG 2290.”

“Whenever we can, we recommend Camcode to our NATO colleagues as a solid, reliable and understanding business partner.”

With the combined expertise of Camcode and U.S. UID experts, Koesen successfully drafted a comprehensive UID implementation plan for The Netherlands, which took effect in 2009. He completed a successful pilot program labeling 320 assets using Camcode’s Metalphoto® flexible labels with adhesive attachment, and will launch full-scale implementation of UID labeling of 215,000 assets in October 2010.

“Camcode proved to be a fast and flexible partner when it came to the actual design, choice of material and the best way to attach the labels to our assets,” says Koesen.

After this first 215,000-asset labeling process, Koesen will initiate ongoing labeling of the MoD’s remaining legacy and new assets, numbering approximately two million by completion. With the Netherlands becoming only the second NATO country to implement UID, Koesen now recommends Camcode to his counterparts throughout the alliance as a partner in their UID implementation. “Whenever we can, we recommend Camcode to our NATO colleagues as a solid, reliable and understanding business partner,” says Koesen.

Camcode is more than just a UID label provider; they’re invaluable UID consultants who can help you navigate the complex world of UID from start to finish. Camcode has the know-how to ensure you’re compliant with MIL-STD-130 or STANAG 2290 quickly and easily

Camcode can guide you through proper selections of hardware and software to ensure an optimal fit with your UID strategies.

Your label order will be preceded by a PDF proof of your exact design and data string to ensure it’s correct, and will ship with a certification that the format and quality meet the rules of MIL-STD-130 or STANAG 2290.

Camcode’s label materials, including Metalphoto® anodized aluminum, are the most specified in the industry and are used on more DoD equipment than any other material in the world. They have the highest performance rating and will last for the life of your item.