Barcode labels are useful tools for tracking assets and inventory across organizations and through the entire supply chain, but what type of barcode is most suitable for your needs? A myriad of barcode symbologies exist, some of which are better suited to different types of applications than others. Additionally, some industries have standards that aim to regulate the labeling of assets and physical inventory in order to establish universal practices for industry-wide consistency, making it easier to transfer assets and data to other organizations. 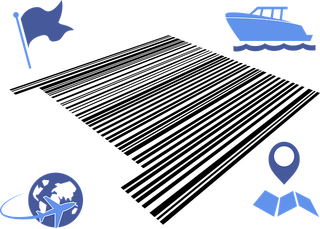 Making sense of all this information is no simple undertaking. We’ve put together this comprehensive guide to help you gain an understanding of the various barcode types as well as the standards and the different formats that apply to barcode labeling across a range of industries.
Jump to a specific section using the links below:

Image via Pixabay by RomanoWilly

The Main Types of Barcodes

The many different barcode symbologies can be grouped in one of a few primary types:

Numeric-only barcodes, as the name suggests, are barcodes consisting of only numbers. Alpha-numeric barcodes, on the other hand, contain a combination of numbers and alphabetic characters (letters). Both of these types of barcodes are considered one-dimensional barcodes. Two-dimensional barcodes, often referred to as 2D barcodes, are in the shape of a square or rectangle and contain many small dots arranged in a unique pattern.

The main benefit of 2D barcodes is that they can hold much larger amounts of data in a small space, and they remain legible even when printed or etched into a product in small sizes. 2D barcodes are used in a variety of industries ranging from manufacturing and logistics to warehousing and healthcare. A QR code is just one example of a 2D barcode that most people have encountered.

Image via Pixabay by geralt

How Many Types of Barcodes Are There?

With a large number of scanners and barcode printers available on the market, there are potentially hundreds of different barcode configurations available. These barcodes can be customized for unique needs and specific workflows being used in various industries throughout the world. However, since many barcodes are used to transfer items between locations, organizations and systems some important standardization has occurred. There are about 30 major barcode formats that are commonly used today based on the linear numeric, linear alpha-numeric, and 2-dimensional designs. Each of these major formats has seen adoption in particular applications that can take advantage of their unique qualities.

The best way to identify a particular barcode is to compare it with a list of common barcode formats. For example, the Postnet format used by the United States Postal Service has a very distinguishable linear format of long and short lines that is easy to identify. In addition, a 2D barcode is often very easy to distinguish versus a linear barcode due to its use of squares instead of lines. With many other linear barcode formats, it can be difficult to differentiate between a numeric versus an alpha-numeric barcode as the printed design can look similar in some cases and characters are not always printed beneath the barcode.

What is a Standard Barcode Format?

While no single standardized barcode format exists, there are a few important specifications that define how they are designed and created. Barcode labels can differ in their size, capacity, linearity, material, and whether or not a checksum is required. The size of a label is often dictated by the specifications of the scanning equipment and the intended application. In some cases, a particular label orientation may be required to accommodate scanning hardware or other process equipment.

A checksum is a standardized portion of some barcode formats which is used to verify that the information scanned from the code is correct. In a linear configuration, this is always the number at the far right of the barcode and the scanner will perform a series of calculations on the digits that proceed it and compare that result to the last digit. If the sum is correct the scanner will often beep to verify that the scan has proceeded correctly. Being familiar with these similarities and differences between barcode formats can help you select the best barcode formats for your specific needs.

Images via Pixabay by OpenClipart-Vectors, PDPhotos

Two-dimensional barcode symbologies, otherwise known as 2D barcodes, are graphical images that store information on both the horizontal and vertical planes. This design enables 2D barcodes to encode up to 7,089 characters – substantially more than any 1D barcode is capable of encoding. 2D barcodes offer the ability to store more data in a single code and result in fewer errors deciphering codes thanks to the ability to build in redundancies or self-checking mechanisms, possible because of the greater information-storage capacity of 2D codes. 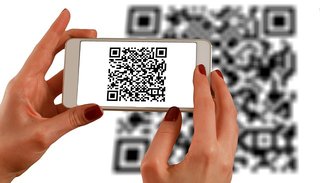 2D barcodes are often used in conjunction with smartphones. The user simply photographs a 2D barcode with the camera on a phone equipped with a 2D barcode reader, which also makes them easier to transmit accurately via SMS and other messaging services. Finally, 2D barcodes are more secure, as the information stored in a 2D code is easily encrypted. There are several types of 2D barcode symbologies. 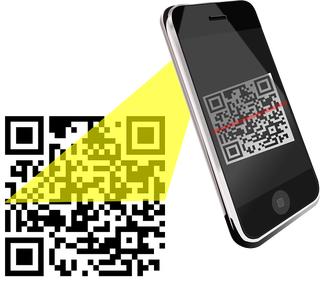 There are a few other types of 2D barcodes, but they aren’t used as frequently as QR codes, Data Matrix, and PDF417, which make up the primary types of 2D barcodes used today. A few of these two-dimensional barcodes include MaxiCode, a fixed-length barcode used by the United Parcel Service to streamline and automate package sorting, Code 49, Code 16k, Codablock, and others.

Images via Pixabay by geralt, OpenClipart-Vectors

With such a variety of barcode symbologies and applications, companies and organizations around the world are generating barcodes all the time. But as goods flow through the supply chain and parts and products make their way from one company to another, consistency is necessary to streamline the flow of information. Standards are developed for precisely this purpose – some by industry regulators, others by entities that focus on the standardization of certain symbologies.
AIM (Automatic Identification and Mobility) explains that there are a few types of standards including official, ad hoc, and de facto, but for the purposes of labeling parts, products, and items, the discussion centers on official standards which are sanctioned by an accredited standards body, such as the entities described below.  Technology standards outline specifications on how things work, and application standards define how a technology is used, rather than how it works.
The International Organization for Standardization (ISO) states, “A standard is a document that provides requirements, specifications, guidelines or characteristics that can be used consistently to ensure that materials, products, processes and services are fit for their purpose.” Below, listed in alphabetical order, are a selection of the standards-developing organizations that aim to globalize standardization in various industries related to the manufacture, data collection and sharing, transfer, and quality of products in the global supply chain.

With multiple influences involved in the development and establishment of industry-wide standards, maintaining compliance is a key challenge for organizations spanning every facet of the global economy. In many cases, barcodes and asset tracking systems aid companies in maintaining compliance with strict industry regulations related to reporting and monitoring. Education in the industry standards that impact your business is essential for long-term success, coupled with a partnership with a barcode label and asset tracking supplier well-versed in these industry specifics.
Asset Tracking Solutions from Camcode: